They say, I say

This poem is a combination of two Akellos. The inspiration is from Akello my mother, denied secondary school because she is fee-male; despite her wish and desire. The real Akello here is the one the poem describes. Read on. 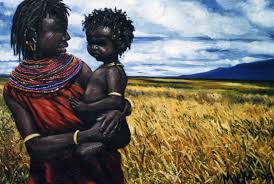 I, witness to the positive destruction
Shall pass no judgment
But they say I have a say
Then, shall I not let you know?

Some said only they had the say
Others too said they had mouths
Organs are not reasons for action
They let them then have their say
I, a witness to the resultant drama,
Shall pass no judgment
But they say I have a say
Then I shall let you know

Akello of the modern era;
the one who goes to school,
the one we all say to impress,
the one in my say,
is part of any sayer’s agenda.
They say to see her smile
So that the rest will also smile
But they care not what they say
For, everyone is trying to say
Nobody is judging by the old way of doing
Saying is the new doing
That is what they judge
I, witness to the positive destruction
Shall pass no judgment
But since they say I have a say
I shall let you know

The day Akello was born
Her initiation was planned fast and done
The day Akello had her first of the blood by the moon
She had not yet received her pads
There was a meeting of elders planning for it
It was the 11th meeting; attendance paid for
Always ended in disagreement
The day Akello was to join school
Her fees wasn’t yet paid
Her guardian had forgotten
He was trying to say to impress her
He also had to out-say his opponents
Akello, a way to the ballots
Her brother did not need pads
He did not even need the guardian’s support
He got the money from the men’s only room
Where a few women are allowed to sit and say
No one will ever listen to them
That also is part of the sayer’s agenda
So when Akello complains
They refer her to the women in the seats
Who say in vain.

I witnessed all this positive destruction
But I shall not pass judgment
But since they say I have a say
I shall let you know; just so Akello can smile